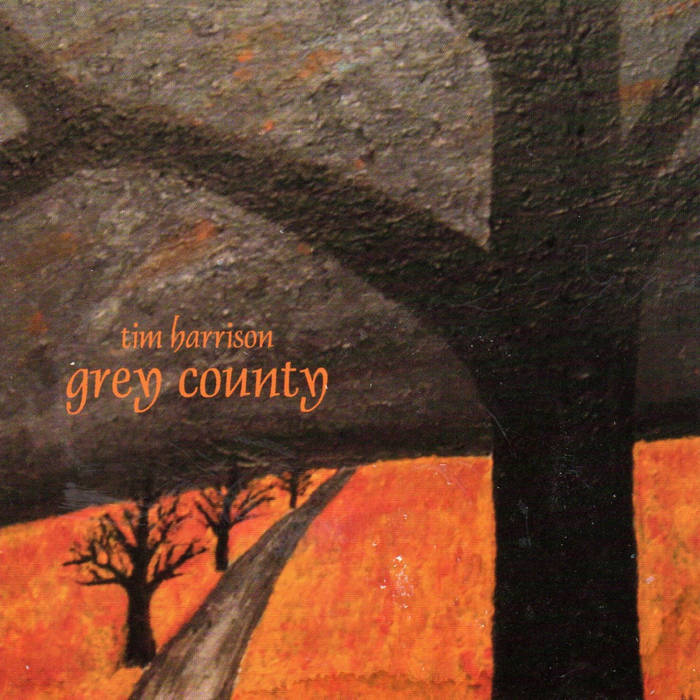 Most of the songs on this album include those which directly, or indirectly, relate to the area in which I was raised - Grey County, Ontario. I was born in the city of Owen Sound which, just like it's name, is at the bottom of a "sound" of water, at the southern end of sparkling and beautiful Georgian Bay. Life was rich there, and despite its size, or maybe because of it, we were not immune to the errs of living, nor did we fail in finding its great beauty. It's all there: From the societal ill of hatred of "difference" which culminates in the death of a Grey County local ("Dan's Song"); my restless nature and dreams of a hometown youth ("We Believed"); the tale of the lone gander from the pond by my childhood home ("The Canada Gander's Lament"); to "Grey County Winter" one of my "Season Songs" in dropped D tuning. I really enjoyed recording this one mostly solo on 6 & 12-string guitar, mandolin, bass, dobro and banjo. On every recording I try to put a song written by one of my writer heroes...this one is by Richard Farina. His tune, "Pack Up Your Sorrows" I heard sung by Mimi Farina at Grey County's first Summerfolk Festival where I was founding artistic director.

I did most everything on this one and was joined by Paul Mills, lead acoustic guitar on "Born In The Mirror" and Beverly Kreller, background vocals and Bodhran on several cuts.

Biography
Tim Harrison has worked as an artist, songwriter, and as a creator of arts events.. Along with founding the Owen Sound Summerfolk Festival,Tim has been Artistic Director of the Mariposa, Northwind, and Eaglewood Folk Festivals, and the Big Fish Music Fest.
Tim has released eight highly acclaimed recordings of original material and has toured extensively throughout the U.S. and Canada. ... more

Bandcamp Daily  your guide to the world of Bandcamp