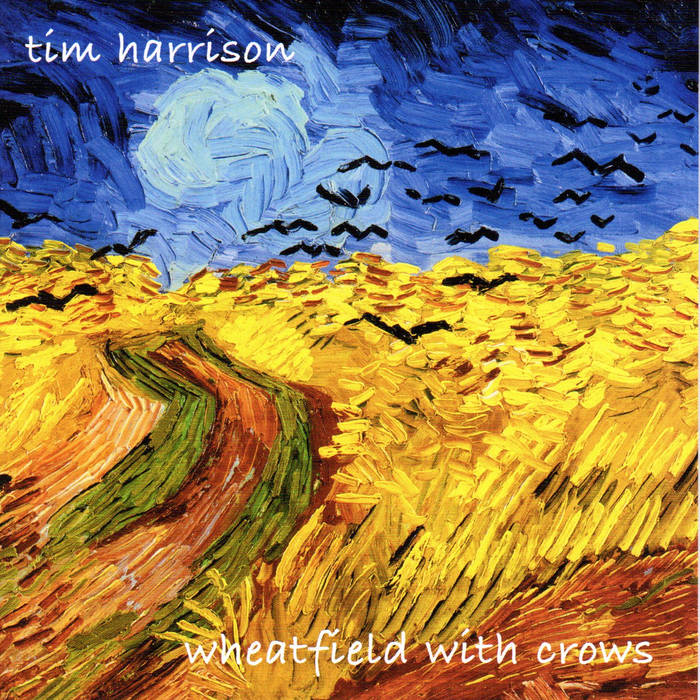 Wheatfield With Crows is a collection of some older material, which had not been released before, and some new. Wheatfield With Crows, reportedly Van Gogh's final painting, was the inspiration for the song of the same name as I was thinking of a group of friends, mostly actors, writers, and musicians, all of whom had gone their separate ways, and all of whom had contributed to my "canvas," my reminiscences of our time together. Permission was secured from the Van Gogh Museum in Amsterdam to use the painting as the CD cover. They sent me a slide of the entire painting sitting on two easels...it's quite a large painting, is rectangular, and therefore we had to crop for it to fit as a CD cover.

Biography
Tim Harrison has worked as an artist, songwriter, and as a creator of arts events.. Along with founding the Owen Sound Summerfolk Festival,Tim has been Artistic Director of the Mariposa, Northwind, and Eaglewood Folk Festivals, and the Big Fish Music Fest.
Tim has released eight highly acclaimed recordings of original material and has toured extensively throughout the U.S. and Canada. ... more

Bandcamp Daily  your guide to the world of Bandcamp